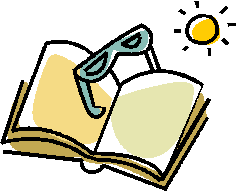 In addition to the required texts listed below, all students taking AP Literature & Composition and AP Language & Composition should read one of the “Read Across Barrington High School” books this summer. Summer reading assessments on the required texts will be given during the first week of school in August and will count as five percent of student’s 1st quarter English grade.

Complete the attached Summer Reading Organizer for the required text(s) assigned to the course in which you are enrolled.

Choose one of the books below. They are listed in order from the most accessible to the most complex with respect to their length and complexity:

E. Lockhart’s novel follows Cadence Sinclair Easton who comes from an old-money family, headed by a patriarch who owns a private island off of Cape Cod. Each summer, the extended family gathers at the various houses on the island, and Cadence, her cousins Johnny and Mirren, and friend Gat (the four "Liars"), have been inseparable since age eight. During their fifteenth summer however, Cadence suffers a mysterious accident. She spends the next two years—and the course of the book—in a haze of amnesia, debilitating migraines, and painkillers, trying to piece together just what happened. Lockhart writes in a somewhat sparse style filled with metaphor and jumps from past to present and back again—rather fitting for a main character struggling with a sudden and unexplainable life change. The story, while lightly touching on issues of class and race, more fully focuses on dysfunctional family drama, a heart-wrenching romance between Cadence and Gat, and, ultimately, the suspense of what happened during that fateful summer. The ending is a stunner that will haunt readers for a long time to come. (School Library Journal). 242 pages

Derek Miller’s novel—selected as this year’s Read Across Rhode Island selection by the Rhode Island Center for the Book—follows Sheldon Horowitz who has outlived everyone he’s known, except his granddaughter, Rhea, who fears he suffers from dementia and convinces him to move from Manhattan to Oslo, where she lives with her Norwegian husband. So the 82-year-old finds himself in a strange land, bemused by placid, orderly Norwegians. When a young woman is murdered in his apartment building, Sheldon shelters her young son and sets out to find a refuge for him. But the killer is a brutal Kosovar war criminal, and Sheldon must rely on his Korean War scout-sniper training to evade the killer. No brief plot outline can do justice to a book that deserves to find a place on a few best-of-the-year lists. Sheldon is a brilliantly imagined character, a true mensch, made of Greatest Generation stuff. His wife and Rhea believed he was a mere file clerk, not a wounded combat hero. Only his son, who died in Vietnam following Sheldon’s example, knew the real story, and Sheldon dreams nightly of being on patrol in Vietnam with him. Miller keeps the reader guessing about Sheldon’s dementia. Might he simply be an old man appropriately focused on past and present rather than the future? (Booklist). 306 pages

Anthony Doerr’s Pulitzer Prize winning novel is set during the occupation of France during WWII, but brief chapters told in alternating voices give the overall narrative a swift movement through time and events. We have two main characters, each one on opposite sides in the conflagration that is destroying Europe. Marie-Louise is a sightless girl who lived with her father in Paris before the occupation; he was a master locksmith for the Museum of Natural History. When German forces necessitate abandonment of the city, Marie-Louise’s father, taking with him the museum’s greatest treasure, removes himself and his daughter and eventually arrives at his uncle’s house in the coastal city of Saint-Malo. Young German soldier Werner is sent to Saint-Malo to track Resistance activity there, and eventually, and inevitably, Marie-Louise’s and Werner’s paths cross. It is through their individual and intertwined tales that Doerr masterfully and knowledgeably re-creates the deprived civilian conditions of war-torn France and the strictly controlled lives of the military occupiers. A novel to live in, learn from, and feel bereft over when the last page is turned (Booklist). 545 pages

Read the book and complete the attached graphic organizer if you think it will help you better remember what you’ve read. NOTE: All of the books are available as audiobooks; so, if you’d rather listen to a good book, you have that option.

Come back to school prepared to talk about the book with your classmates and other students in grades 9-12 who read the same text. You’ll also be asked to write about what you have read to give your English teacher a sense of where you stand as a reader and a writer at the beginning of the school year.